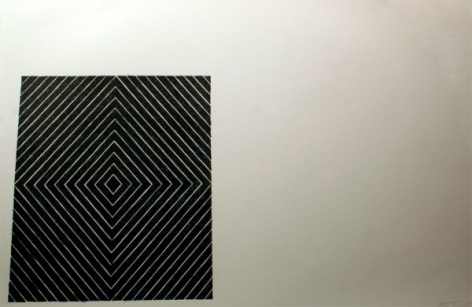 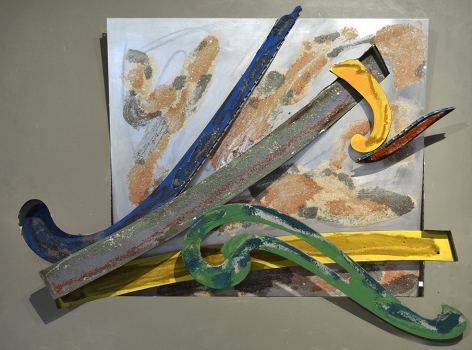 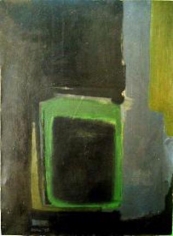 Frank Stella is famous for saying of his artwork: "What you see is what you get." This sentence became the mantra of minimalist artists of the 1960's and established Stella as one of the pioneers of a new art movement that stressed the reduction of the image to its most basic elements of color, shape and design. Minimalists strove to create artwork that was devoid of symbolism, representation or opinion. However, the complexity of Stella's work since the 1960's casts a shadow of doubt over whether he was able to confine his subjects to the ideas he propagated. This artist's love of the art history and international culture provided too tempting for him to continue creating within a minimalist philosophy. Unlike other minimalists such as Ellsworth Kelly, Barnett Newman and Ad Reinhardt who acted in reaction to Expressionism, Stella's work became more painterly and demonstrative as it matured.
Frank Stella's career began in 1959 when paintings from his "Black Series" were purchased by Alfred Barr the Director of the Museum of Modern Art in New York. Paintings from this series are an example of the severely sparse style for which Stella became best known early in his career. The entire series of Black paintings was included in the Museum of Modern Art's exhibition that same year, titled "Sixteen Americans." Following this groundbreaking exhibition, Stella had his first solo exhibition at the Leo Castelli Gallery in Los Angeles. This show secured Stella's reputation as one of the most successful and respected young artist's of the mid-20th century.
Over time, Stella deviated from the minimalist designs of his "Black Series" and began to incorporate sculpture as a third dimension in his work. These new works arising in the 1970s, called the "Exotic Birds" show evidence of expressionism and have a baroque sense of color and design. Through his tilting and intersecting planes of color and shape, Stella allowed his work to indulge in color and movement, like the wild birds of the Amazon River basin. The care that he takes in the titles alone is evidence of a man denying that his work exists only at face value.
Frank Stella has been a pioneer in the art world for four decades. Beginning with his early fascination with Minimalism to his current love of sculptural line space and movement, he has consistently challenged our view of the world. Stella, like Picasso, has had the creative might to recreate his style again and again and challenge our notions of his creative aesthetic. He possesses the one quality that defines a great artist: an insatiable curiosity and fascination for the world in which he lives.